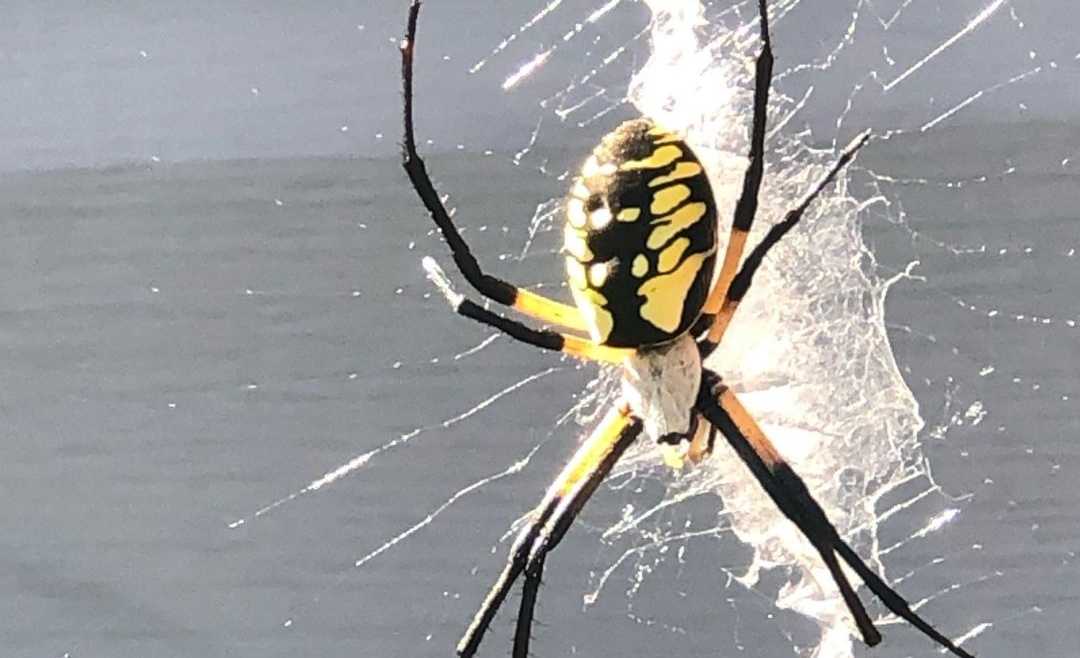 Garden spiders are a common and somewhat unpleasant sight in the summer and autumn. However, do they pose any threat to you or your pets? Are they poisonous? Let’s find out!

What is a garden spider?

Garden spiders can refer to two things – spiders that are in the garden and a specific species of spiders. The specific species is called Argiope aurantia, and it is also known as the black and yellow garden spider, the writing spider or the garden orb weaving spider among other names. You will be able to identify this species by the distinctive black and yellow marking on its abdomen. Male garden spiders are significantly smaller than females, with females reaching 1.1 inches in length. They can look quite intimidating, and females are noticed much more often than males because of their size.

Garden spiders are a native species to North America and they are found in all US states with the exception of Alaska. They prefer to live in areas with heavy vegetation and temperate weather, and they will build their webs on taller plants, which is why they prefer gardens.

Garden spiders are pretty much harmless, but their bite can be as painful as a bee sting. They are not aggressive, and they will only attack when they are picked up or touched. These spiders may pose a serious danger to people who are allergic to their venom however. In the case of an anaphylactic shock, emergency medical treatment will be required.

How are garden spiders controlled?

Garden spider infestations can be removed by a professional, who will use residual insecticides and baits to ensure that the whole population in the garden is removed, and that the spiders will not be able to reinfest the property. The control method of choice will ultimately be up to the homeowner, but the pest control pro will explain all the benefits and drawbacks of each option before going forward with the treatment. In certain situations, both residual insecticides and baits will be used to ensure long lasting prevention against reinfestation.