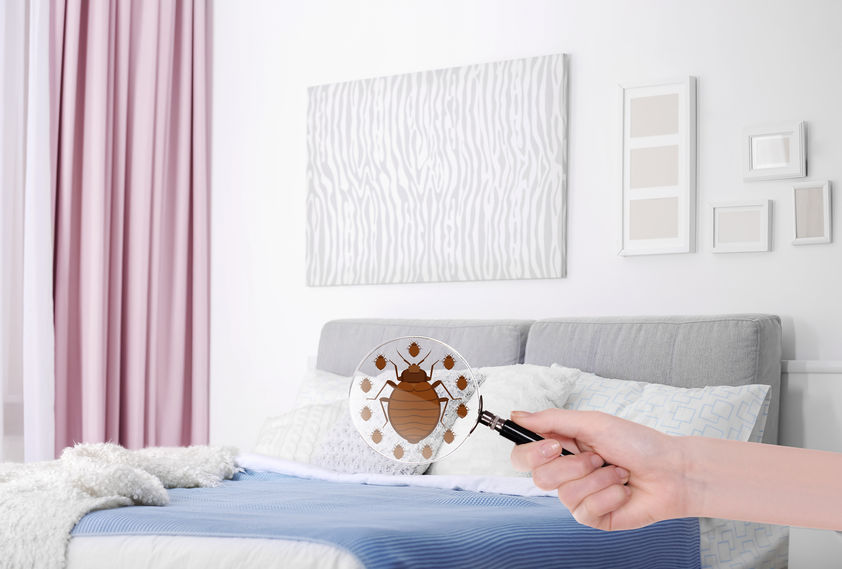 Nothing is more unnerving than the thought of bed bugs crawling in your bed while you’re asleep. It’s the stuff horror films are made of! They’re basically tiny nocturnal vampires that leave painful, itchy red marks on your skin and can lead to thousands of dollars in property damage.

A recent study ranked three California cities as among the worst for bed bugs in the country – Los Angeles, San Francisco and San Diego – based on the number of eradication treatments performed in those cities in a one-year time period. And sanitation is not a factor in their appearance. From mass transit to five-star resorts, bed bugs are found anywhere humans are. These miniscule nuisances are considered a public health pest, and while they are not known to transmit or spread disease, they can cause other negative physical, mental health and economic consequences.

Once a pest of the past, bed bugs now infest every state in the U.S. These small, flattened insects that feed solely on blood of mammals and birds have been living with humans since ancient times. And because bed bugs are indoor pests, there are no high or low seasons throughout the year, only continual bombardment.

Bed bugs are excellent hitchhikers. They may enter your house undetected through luggage, clothing, used couches and other items. Their flattened bodies make it possible for them to fit into tiny spaces, about the width of a credit card.

Remember, like most bug and pest problems, bed bugs are easier to treat if they are caught early so it’s a good idea to do periodic inspections in your home. Here’s what to look for:

If you do find signs, know that controlling bed bugs takes time and patience. It is not a DIY project. If you’re a renter, contact your landlord and know your rights. As a homeowner, it’s best to contact a licensed pest control company that has experience with bed bug eradication.

Bed bugs biting you? Get an inspection and free estimate today.