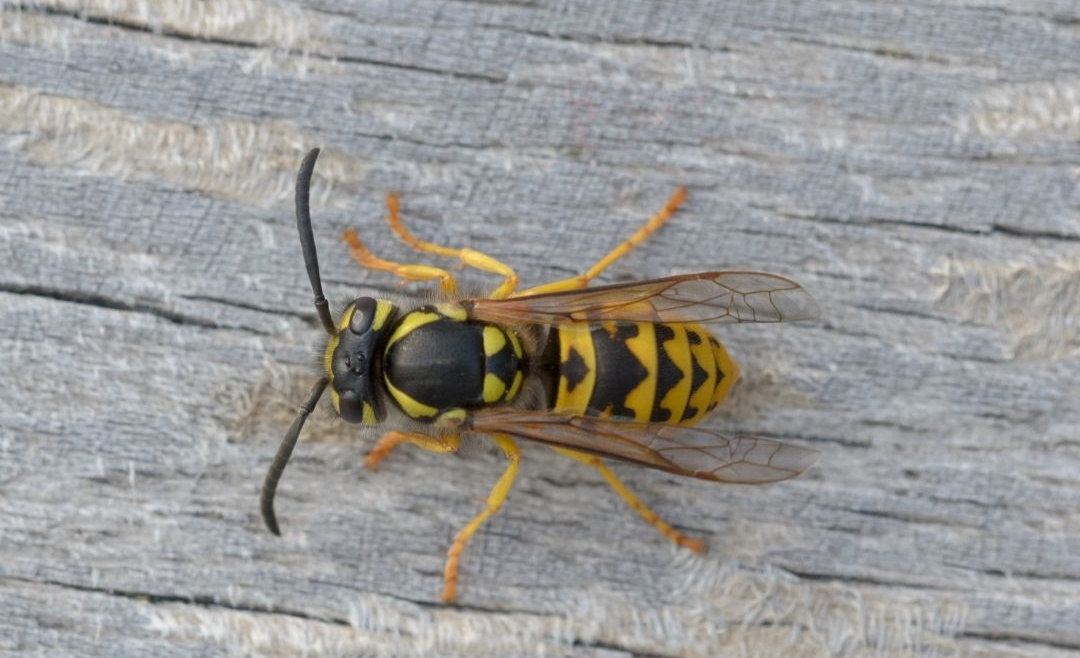 European wasps (Vespula germanica) are a species of wasps predominantly found in Europe and Northern Africa. In recent times, this species has invaded the United States of America, Australia, New Zealand, and some parts of Asia.

How to Identify European wasps?

Based on physical appearance, European wasps look almost identical to bees. With bright yellow and black bands on their body, bees and European wasps are often mistaken for each other. However, bees are generally much hairier than European wasps. The European wasp queen can be up to 20mm in size and is much bigger than bees.

When are where are European wasps found?

European wasps find temperature climates favorable and can be seen making their nests during spring and summertime. You are most likely to spot a European wasp nest during warm weather conditions. You will hardly see them in the winter months. They build their nests in sheltered areas, such as branches of trees, discarded furniture, garbage dumps, or bushes. These wasps can travel up to 500 meters to source their food, and you may be able to see them flying straight from their food source to their nest.

What do European wasps eat?

Unlike bees, European wasps are predators. They feed on dead animals, insects, meat-based food, processed human and pet food, in addition to feeding on garbage. They are also attracted to sugar that is present in beverages and fruits.

How dangerous are European wasps?

European wasps are a significantly dangerous species of pests. They are aggressive and can reciprocate viciously if they feel that their nest is under any form of threat. European wasps sting their target repeatedly, causing severe pain and swelling. In some cases, their sting causes allergic reactions in people, potentially endangering their life.

How to protect your house from European wasps?

While eradicating European wasps from your property requires professional expertise, you can still take some steps to prevent a possible infestation. Here are ways in which you protect your house:

Spotting European wasps may not always be easy, which is why taking these precautions will go a long way. Since European wasps can fly a considerable distance, it may also be possible that their nest is located on a neighbor’s property. If you suspect that your home may be infested by European wasps, seek professional help immediately. They will carry out a thorough inspection and take measures to eradicate them at the earliest.