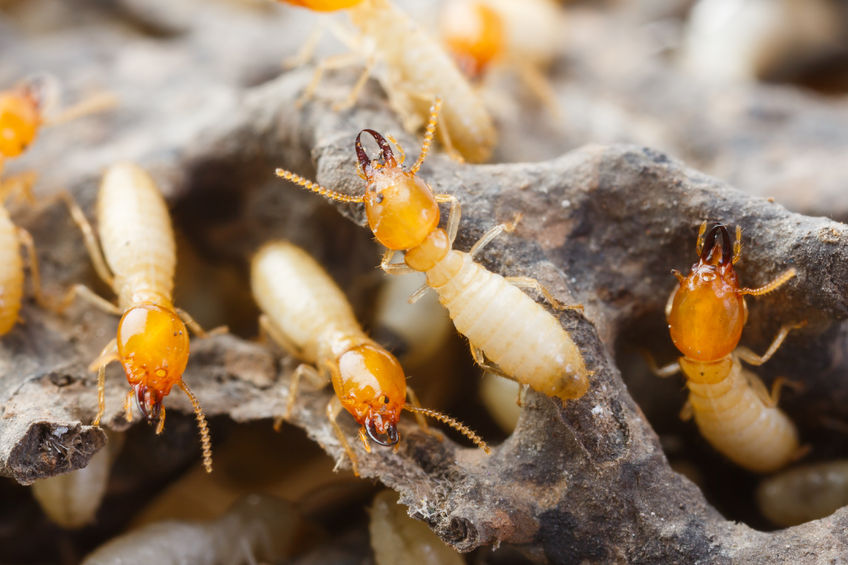 How Termites Deal With Their Dead

Termite colonies have millions of members, so the questions that rise about how they handle their dead can have some interesting answers. When termites die, their bodies emit special pheromones which let other members of the colony know how they should handle the corpse.

Termite workers and soldiers have a lifespan of about one to two years, so you can imagine that a colony of millions would be overrun with dead insects very quickly if the termites did not have a way of dealing with their dead. Well, the termites have two ways of handling corpses – they either bury them or eat them. The response depends on both the chemicals released by the corpse and its caste (worker, soldier and reproductive).

In a colony of five million termites, you will have around 70,000 termites dying each day, so corpse disposal is an essential function within the colony, as it helps prevent the spreading of disease. Research has been performed in a laboratory setting, using a miniature nest with termites that were collected from a national forest. In this trial, the researchers profiled the chemical release for termite corpses of different castes, and they discovered that workers and soldiers released a similar chemical, but workers released it in higher quantities. Reproductives however did not release these chemicals, and all the corpses released a chemical that helped identify how long the corpse has been dead for.

Corpses were consumed if they were less than 64 hours old. After that period of time, the corpses no longer have any nutritional value and the risk of contracting a disease increases. Fresh corpses are highly valuable to the termites since they are a vitamin supplement, and they are always consumed.

Caste differences came into play after death. Workers were always consumed or buried, but warriors were sometimes walled off instead. If you think about it, a warrior may die defending the colony, so the body of a warrior can signify danger. Due to the chemical signatures of the body, it is easier to find dead workers than it is to find warriors, with reproductives being the hardest to find. This makes sense when you look at the sheer numbers of different caste members, with workers being the overwhelming majority, meaning that they are the majority of deaths. They are also more often engaged in dangerous activities.

The research offered an interesting glimpse into the world of termites and their complex social structures. We may often dread termites, but it’s hard to not find them interesting sometimes.

Do Wasp Nests Go Away On Their Own?