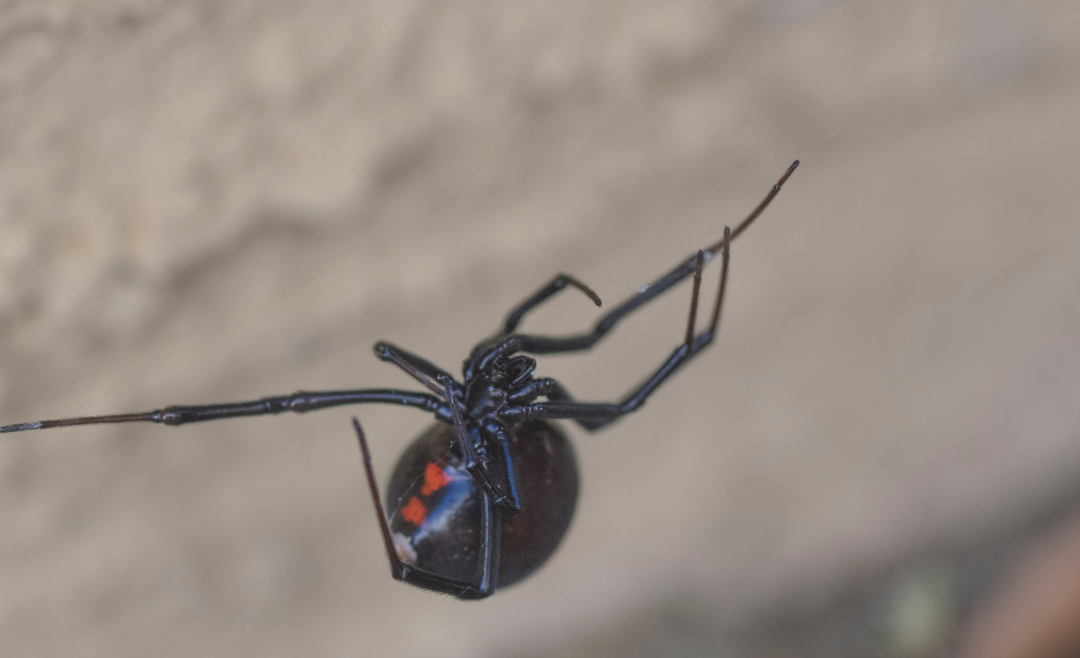 The black widow is never a pretty sight, but there are several spider species out there that get confused for the black widow. In fact, there is a group of spiders that are specifically referred to as false black widows because of this resemblance. Let’s take a look at how you can tell black widows apart from other spiders.

Let’s start with the differences between male and female black widows. Females are the only members of the species that have the instantly recognizable color and hourglass marking. The males and the spiderlings can often be confused for other species, because they do not have this appearance, although males can sometimes have an hourglass marking on their backs rather than their abdomens. In general however, the male widows have reddish or white markings on their backs that resemble stripes or spots.

False black widows have a glossy brown coloration, and their shape closely resembles that of the black widow. However, they do not have the hourglass marking, and while they can bite if they feel threatened, the bite is rare and it is not dangerous.

This species is most common in California, and it resembles the shape of a black widow spider. It also sports a marking, but the marking is cream colored and is in the shape of a skull. Despite the threatening marking, this spider does not have a strong venom, and most of the discomfort from a bite comes from the spider’s fairly large fangs.

If you see a spider in your home that resembles a black widow, it’s best to not take any chances and get in touch with a pest control pro right away. Contact us today if you suspect that you have a black widow infestation in your home and we will help you remove it.