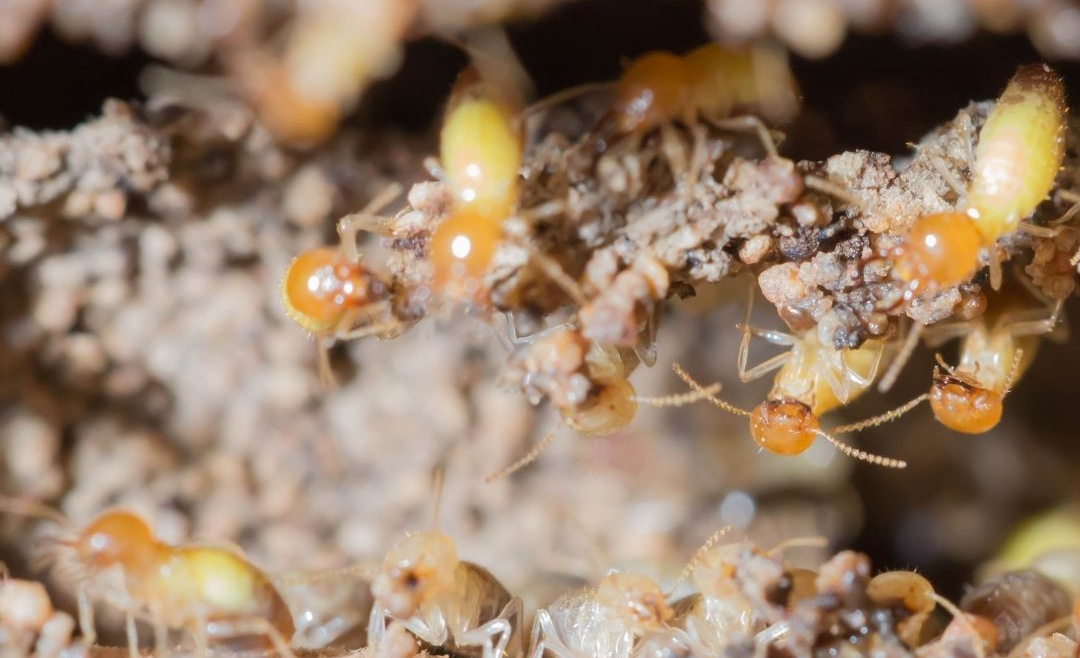 When it comes to termite pest species, two come out on top by far in terms of the damage that they do to the home. These two species are the subterranean and the drywood termites. Let’s take a closer look at how these two species infest the home and what can be done to control them.

Subterranean termites take the top spot when it comes to destructive insect species in the US, causing billions of dollars in damages each year. This is mainly made possible by the fact that they build sprawling underground colonies that often have hundreds of thousands, if not millions, of members.

When infesting the home, the colony sends up thousands of workers from the ground, infesting multiple pieces of wood at once. Their underground location also made them very resilient to control efforts in the past, but nowadays, thanks to modern termiticides, a chemical barrier can be installed near the home. The termiticide used is injected into a trench surrounding the target building, and it seeps deep into the ground, cutting off all passageways between the home and the termite colony. Baiting systems may also be used to kill off the colony by poisoning it.

Drywood termites are different to subterranean termites in several ways. To start, they will build their colonies inside the wood that they eat. This means that it takes a lot longer to get a colony going and cause a lot of damage to the home. On the other hand, drywood termite infestations are harder to detect, and if they are widespread, it’s a lot more expensive and time consuming to remove them.

These termites are also able to target wood that is much lower in moisture, which means that they could theoretically set up anywhere into the home, from the roof to even individual pieces of furniture. Small drywood termite infestations are controlled using localized termiticide treatments, which are fairly inexpensive, and large infestations, will require tenting the building and then fumigating it.