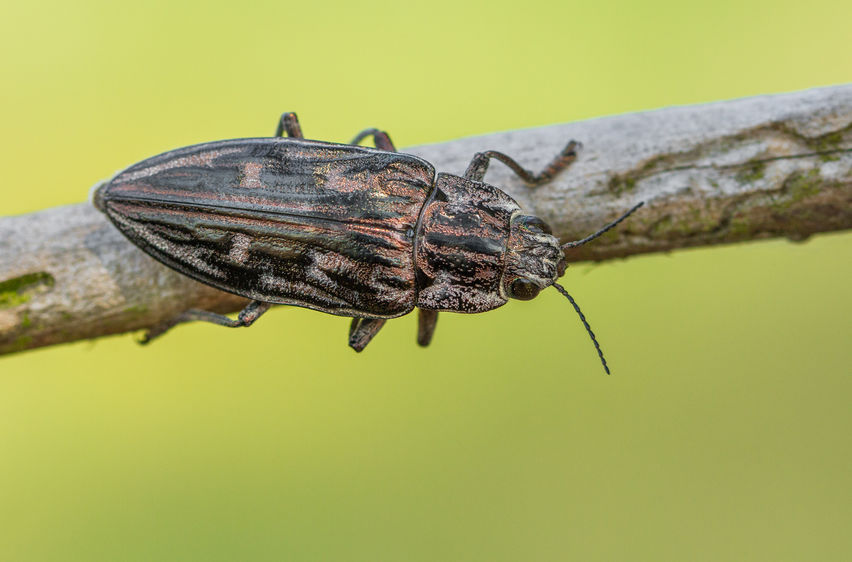 The California Board of Forestry and Fire Protection is seeking to prevent further expansion of two species of beetles – shot-hole borers (ISHB) and gold-spotted oak borers (GSOB) – which have both contributed to the ongoing oak tree mortality across San Diego, Riverside and Orange counties.

More than 100,000 mated females can emerge from a single tree capable of attacking and infesting other trees commonly found in riparian areas (near surface water), including California sycamore, cottonwood, willows and valley oaks. Once the beetles arrive at a new location, they colonize susceptible host trees and spread to neighboring areas, infesting more and more trees. Movement of infested firewood and green waste are additional ways the beetles may be transported, allowing them to colonize new areas.

San Diego County has experienced the loss of tens of thousands of oak trees as a result of gold-spotted oak borer attacks.  With more than a million acres of susceptible oaks in southern California and millions more acres throughout the state, communities are encouraged to work collectively to develop prevention, monitoring, and response plans before GSOB strikes.

ISHB-infested trees can quickly become a public safety hazard. Trees with heavily infested branches are especially hazardous, since the combination of tissue decline caused by the fungal pathogen and the mechanical damage from the beetle’s galleries weakens the wood, causing limbs to break and fall. Early detection is the key to controlling this pest. So far, no effective preventive treatments have been reported, so regular monitoring is recommended to ensure infestations are managed early, before they cause dieback or death. Regular monitoring also ensures that trees get treated when they are lightly infested and have the most chances of overcoming the infestation. Researchers continue to study different methods for chemical and biological control of this pest.

ISHB and its associated fungal diseases can be accidentally spread into new areas by the same people who are trying to manage the problem. Make sure you disinfect your tools after pruning (spraying them with 70% ethanol solution works well), and always cover infested material when moving it to a different location to avoid spreading the pest.