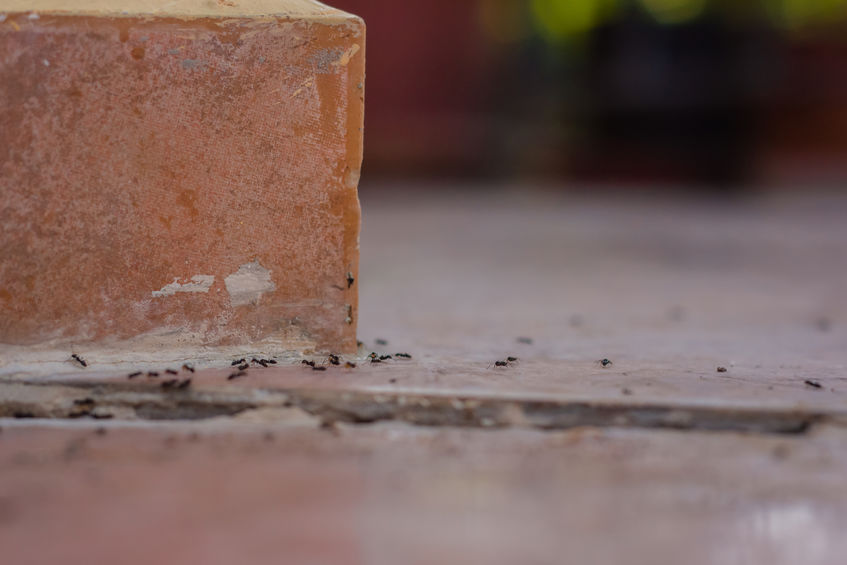 Ants are one of the most common pests in the US, but most ant species do not pose that much of a threat. In fact, most of them will not even build colonies inside homes. They will simply forage for food indoors, and once the food sources are exhausted, they will move on to other locations. There are some species however which can cause a lot of unpleasantness when they invade the home. Let’s take a look at these species.

Odorous house ants are a species that, as the name suggests, has workers which will release an awful smell when they are crushed. These ants will build colonies that have several queens, and they are known to have temporary colonies which they often resettle. This makes the odorous house ant hard to control. Not only do you have to kill multiple queens, but the colony might move before all the queens are dead, ensuring that it will survive. Needless to say that you do not want these ants crawling around your home and stinking up the place.

Pavement ants don’t seem that bad at first. They don’t smell bad, they don’t really damage the home, and they have a weak sting, which they only use when they are squashed. However, they will build their colonies under concrete with multiple queens, which makes them quite hard to remove. What makes them unpleasant is the fact that they can grow in number, and once they infest a property, you will see a lot of them crawling around.

Carpenter ants are the worst species on our list. They are known to build their colonies inside wood, which makes them similar to termites. They can cause thousands of dollars in damage to the home if an infestation is left unchecked, and on top of that, the colonies can be hard to remove. Luckily, they can be detected early on if you notice large ants crawling around in your kitchen. Carpenter ant workers reach lengths of ½ inches, which is considerably larger than other species. If you notice these ants in your home, your best bet at stopping them in their tracks is to call over a pest control pro to remove the infestation. Contact us today, if you have any questions about the different ant species that can invade your home, or if you have an ant infestation that needs to be removed.